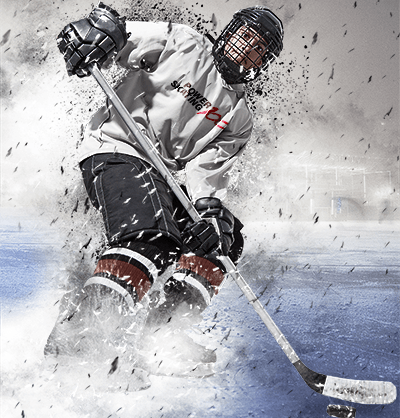 Yes, it’s far more fun for the players who have developed their skating skills to a point where they have a clear advantage over the other players on the ice.

But for the vast majority, practicing power skating can be extremely challenging. 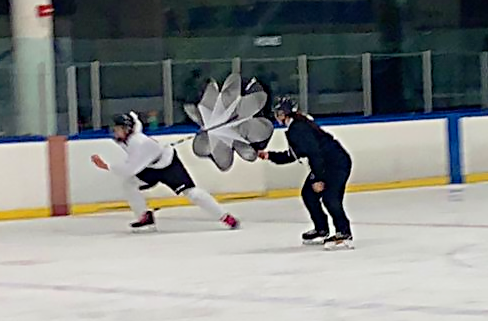 Throughout the years I have seen many students bent out of shape.
I have even seen adult students fight back tears.

Why?
When you’re working to develop new skills – you know, the kind that are just outside of your current ability – it takes extreme perseverance to push through the frustration.

You can’t execute a skating skill yet, but you expect yourself to be able to.
You know what you want to happen, but you can’t get your coordination right.

You’re at a crossroads here.
You can either shrink in the face of frustration, or you can persevere.
Sink or swim.
You choose.

There’s this increasingly popular concept of “Deep Practice” that I want you to embrace. It involves practicing by struggling in targeted ways. It’s a method of practicing at the edges of your ability, where you make mistakes, which makes you more proficient.
Explaining it in detail requires some neurological science, which I am not qualified enough to go too deep into. But my understanding is that there’s this neural substance called Myelin that wraps around and insulates the fibers of your nerve cells, improving the speed and accuracy with which thoughts travel through your brain.
The more you engage in deep practice, the more insulated the related nerve cells become. (book references for where I read about it at the end)

Myelin, combined with the building up of your skating muscles, is what we’re talking about when we say, “muscle memory.”
Achieving a high level of this combination is what makes your power skating become second-nature. You move with speed and agility without thinking.
Which gives you greater concentration to focus on reading and reacting.
And positioning.
And stick handling.
And scoring.

So, what’s the secret to power skating development?

There’s the secret.
Go ahead and let it out.
Post it to social media and tell everyone you know.
We’re not worried.
Because the truth is, only a select few will be willing to do the work it takes to capture their full potential.

Most will back down to their frustration.
Many will avoid the challenge with statements like:

Let’s face it, even the worst day shooting pucks is still pretty fun.
Developing your power skating, on the other hand, is extremely hard work.
It’s hard work building up your myelin and strengthening your skating muscles.
But here’s the good news: the payoff is tremendous.

Google this: “what do you look for in a hockey recruit?”
You’ll find an overwhelming number of college coaches quoted saying that skating is #1 at the top of their list.

So, for those of you who choose to engage in Deep Practice and face their frustrations in the name of power skating development, I will see you on the ice.
My pledge is that I will push you to skate at the edge of your ability.
It won’t be easy.
As a matter of fact, it will be difficult.
But if you stick with it, and learn to embrace it, you will change your game.